Having charts and bitmaps as objects in the template means they can be exactly positioned by the template designer as well as having many properties applied to them.

Working with Charts and Bitmaps in Excel

In Excel, a bitmap is still placed as an Out or Import Text Tag. 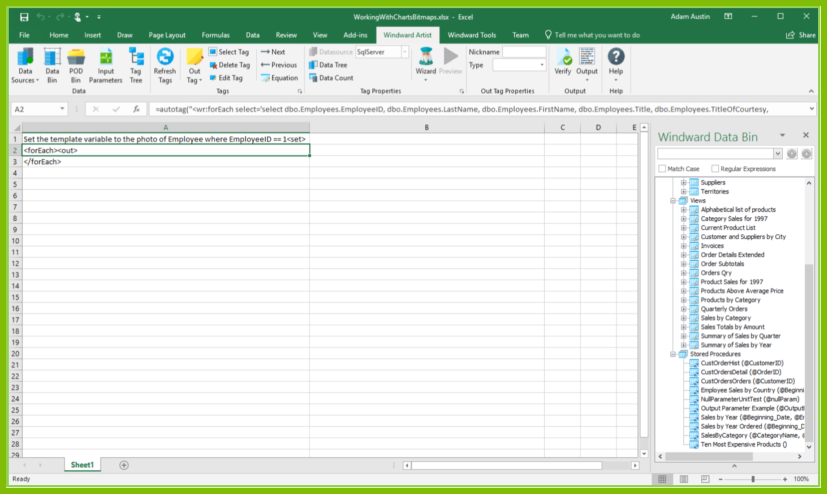 Opening the Tag Editor on the Out or Import Tag and setting the type to “BITMAP” will change that Tag into a discrete OOXML object. 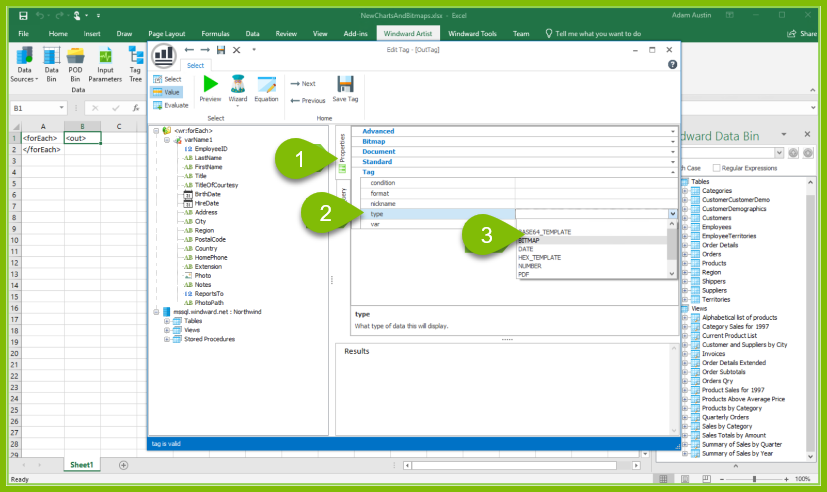 The new  OOXML object will be placed in the template overlapping the cell where the Out or Import Tag was originally placed. 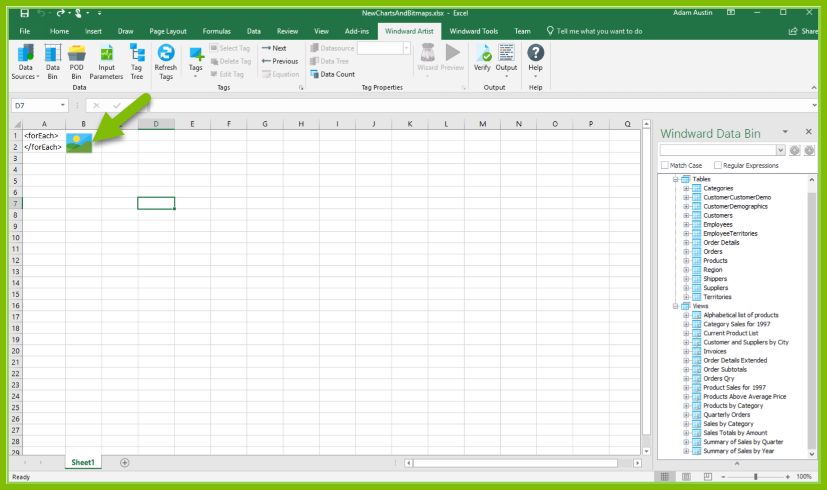 To edit a Chart or bitmap image Tag in Excel, select the Tag, then click on the “Refresh Tags” button in the ribbon. 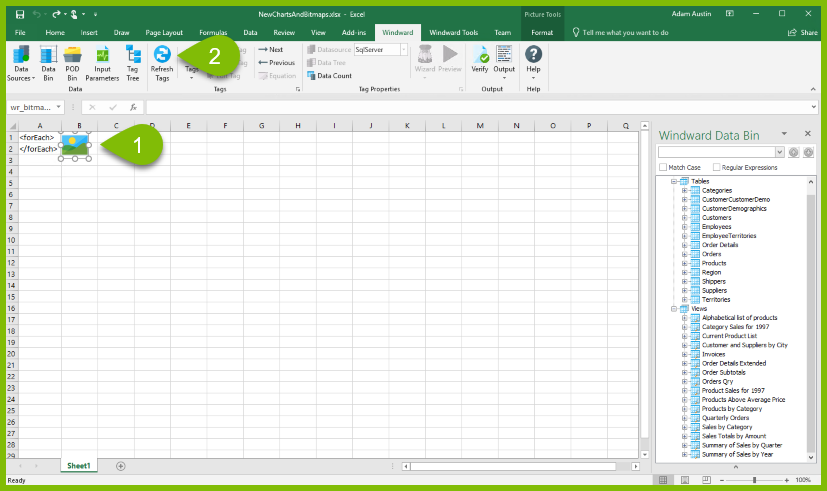 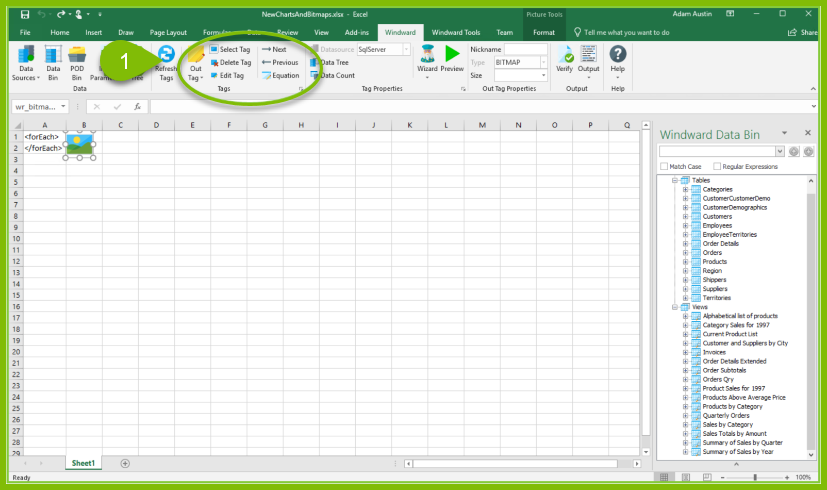 Previewing the Tag will display the bitmap image returned by the Tag's query... 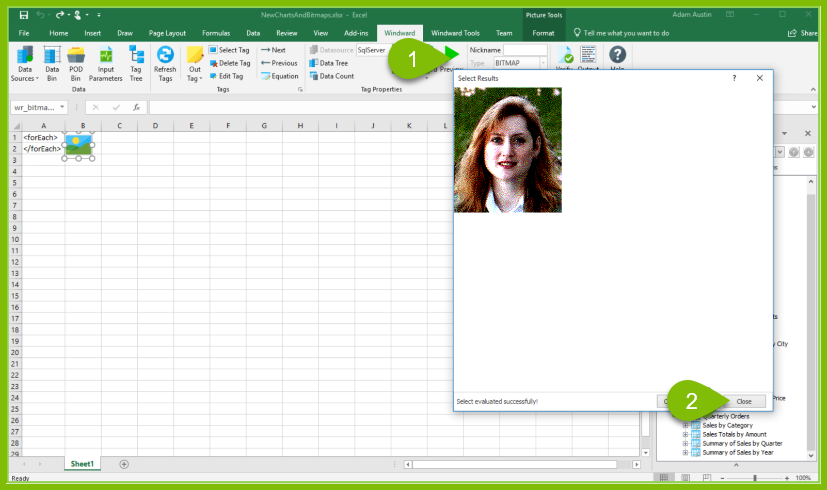 ...and update the image in the template to the same size as the previewed image. 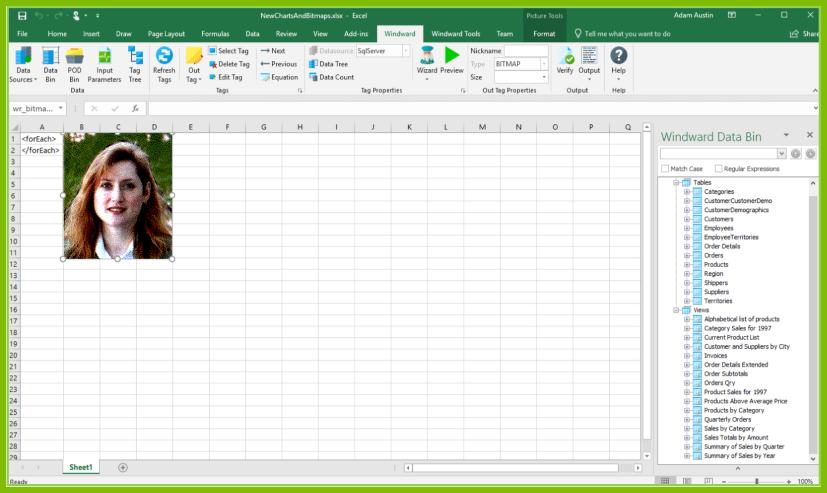 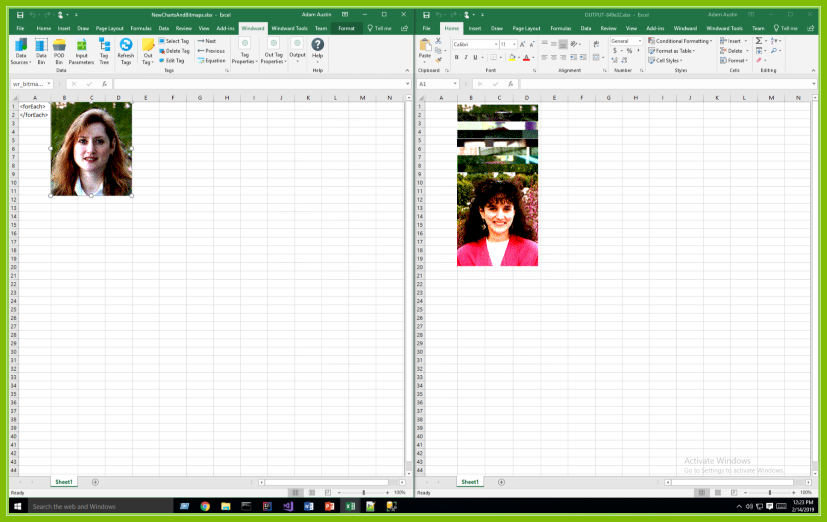 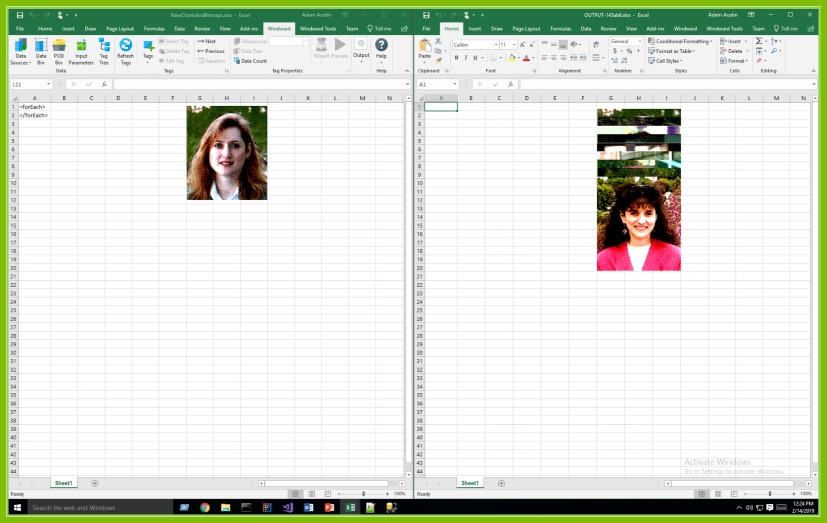 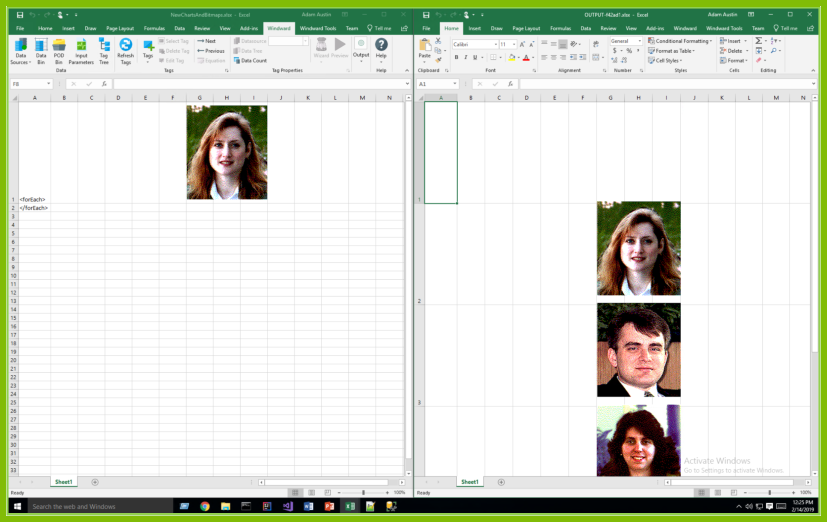 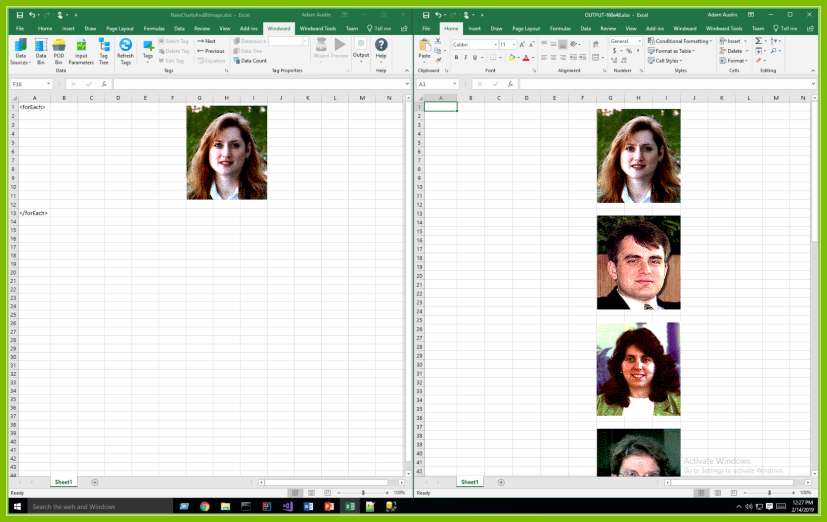