The Set Tag is used to create a variable and set its value. The name of this variable can then be referred to in other Tags using the "${VariableName}" syntax.

When a variable reference is used in an expression in the Query Pane of a Tag, the variable's value is substituted for its name before that expression is evaluated.

For a step-by-step example of using a Set Tag, see How Do I Use a Set Tag? 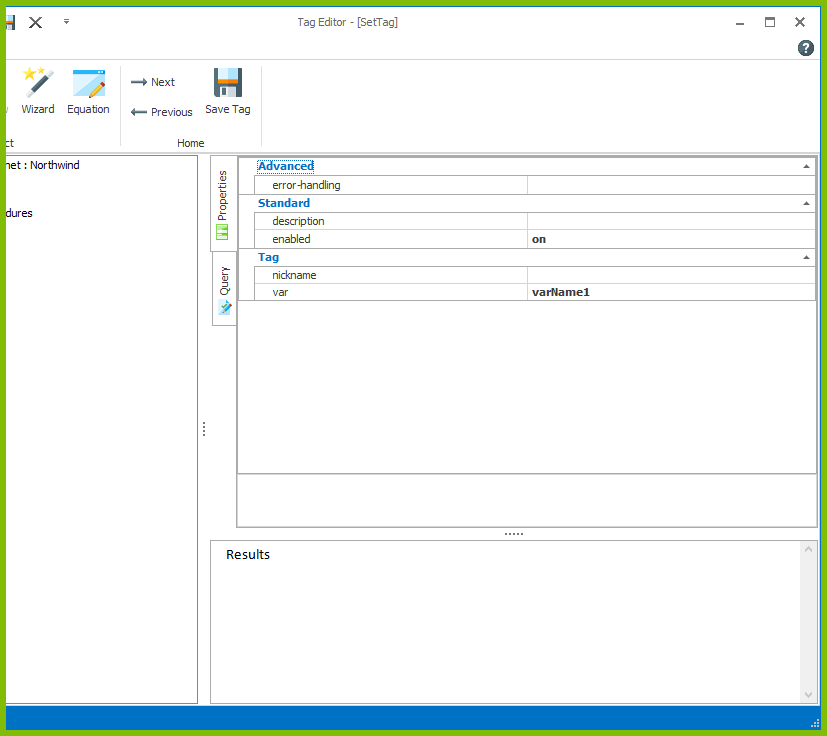 The rest of this article describes each section of the Set Tag properties:

The nickname will appear in the template rather than the generic "Set" label. Square brackets ("[]") will surround any text you enter here when it appears in the template to identify it as a Tag. Descriptive nicknames can be very important in designing complex templates.

This property allows a user to set a variable name for the value returned to the Set Tag. The variable can be referenced in other Tags after it is set and used for comparisons, additional printing, filtering, etc.

A brief description of this Tag.

Controls whether a Tag is executed when generating output. This can be useful when debugging a template.

Selects which types of errors produce warnings rather than exceptions, which allows output to be generated despite the error.