Designed primarily to be used with large SQL databases, Query Tags let you save the results of a query and then later refer to the data set returned by that query without having to re-access the database. This can save time and system resources, because you aren't making unnecessary calls to the database.

Use the Query Tag to retrieve the first row or node of the data set of a query from your data source, storing the result in a newly created variable. The name of this variable can subsequently be used in other tags as a relative data reference, using "${VariableName}" syntax. 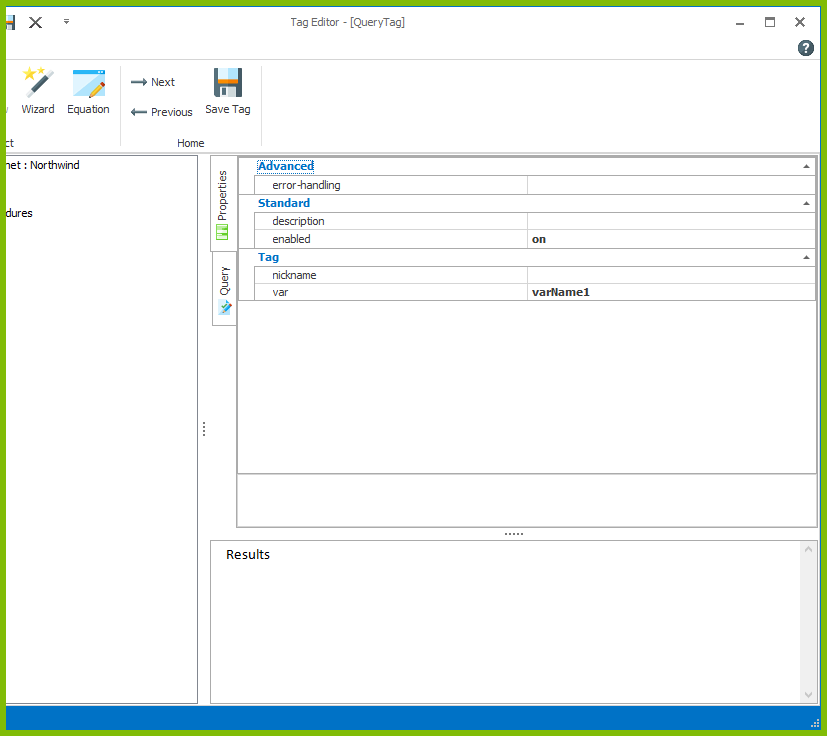 The rest of this article describes each section of the Set Tag properties:

The nickname will appear in the template rather than the generic "Query" label. Square brackets ("[]") will surround any text you enter here when it appears in the template to identify it as a Tag. Descriptive nicknames can be very important in designing complex templates.

This property allows a user to set a variable name for the value returned to the Query Tag. The variable can be referenced in other Tags after it is set and used for comparisons, additional printing, filtering, etc.

A brief description of this Tag.

Controls whether a Tag is executed when generating output. This can be useful when debugging a template.

Selects which types of errors produce warnings rather than exceptions, which allows output to be generated despite the error.